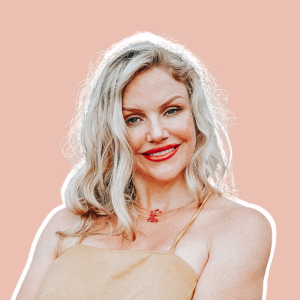 If you’ve ever been curious about starting your own data business, you’ve probably heard the term ‘funnel’ thrown around, but there’s often quite a bit of ambiguity on what it really means. Let’s answer the question, ‘what is a conversion funnel’ and discuss the best options for new data entrepreneurs, so you can start putting the pieces together for a profitable data business. 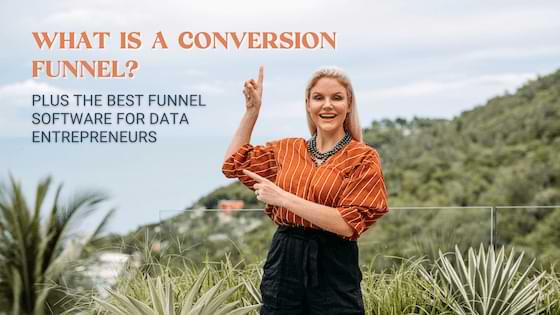 So what is a conversion funnel, anyway?

People often refer to a funnel as a series of web pages that lead someone to take a certain action – perhaps that action is signing up for your email list, or making a purchase.

But that’s actually only a half-truth.

In fact, a funnel is really a series of web pages that feed into one another that includes a transaction system. And if it’s a true funnel, it should feature an upsell. An upsell occurs when your transaction has been initiated and you are then redirected to an option where you can get a separate, related item, one that is higher in price. You can opt-in or out of that transaction, and sometimes if you opt-out you are redirected to a down-sell.

So when people wonder, what is a conversion funnel, in its essence, the concept of a funnel is actually fairly simple. But often, it’s the transaction systems and tech used to build funnels can make funnels complex. Oddly enough, despite the boom of online small businesses and e-commerce shops, few vendors have found a way to simplify these transaction systems required to build funnels.

ClickFunnels – The Apple of the Funnel World

Now that we’ve answered the question what is a conversion funnel? let’s discuss the different funnel software available. Due to the complexity of much of the available funnel software, most of which do not permit for simplification, many users turn to the popular program Clickfunnels.

I like to call Clickfunnels the ‘Apple’ of the funnel world. It’s sexy, features a sleek design, and is more intuitive than the other products available. But it also boasts a hefty price tag, and it doesn’t ‘play nice’ with other tech tools. If you are on their basic $100/month plan, it’s fairly limited in terms of its capabilities. And if you want to increase its functionality, you’ll usually need to purchase THEIR integrations and tools each month rather than connecting it with ofter (often more affordable) software. Your monthly bill can often run you $300, $500, or even $1000/month (Eek! ????).

Since I’m a data person, I decided to ditch Clickfunnels and try one of the more ‘complicated’ funnel solutions (because if you’re a fellow tech nerd, I know you also get joy out of figuring things out!).

Here at Data-Mania, we now have our funnels on Woocommerce on our WordPress content management system using WooFunnels. We use something called Upstroke (a one-click upsell add-on available for WooCommerce) and Google Data Studio for our conversion tracking.

In a way, it’s kind of like the Android approach to funnel-building. And boy am I ever glad we ditched the fancy, limiting software and switched to this approach!

Want MORE of my top recommendations for the best tools and softwares for new data entrepreneurs? Download the Ultimate Toolkit For Data Entrepreneurs here!

Pro’s and Con’s of WooFunnels for New Entrepreneurs

If you’re a new data entrepreneur, I think WooFunnels is a fantastic option to build your first funnel. Let’s break down its pros and cons.

✅  Reduce Your Monthly Costs. I save SO much money on software each month by taking a ‘build-your-own’ approach rather than footing a big monthly Clickfunnels bill.

✅  Added flexibility. I can get all sorts of extensions, add-ons, and analytics without a headache on incurring tons of extra costs.

✅  Integrates with your current WordPress site. If you already have a WordPress site, it can be handy to have your funnels, blog, and normal site “under one roof”.

❌  Tougher learning curve. Woofunnels is not quite as simple and intuitive as Clickfunnels, it can take a bit longer to figure out. But once you’ve got the hang of it, it’s really not too hard. (Plus, as a data person, I know you’ve done things that are a whole lot more complicated! ???? )

We’re saving on software costs each month, and we have a LOT more flexibility. I’m able to get all sorts of extensions and add-ons without being boxed into one provider.

Ultimately, as a new data entrepreneur, you’re going to want to get a little scrappy. Sometimes that means using your time and tech skills to build-out your own funnel, on software a little less well-known (but JUST as good if not better in my opinion!) to save thousands of dollars a year.

So many new entrepreneurs get Clickfunnels or other fancy software just because they “feel like they should” or because “that’s what everyone else is doing”. But part of being a successful data entrepreneur is making sure that each investment makes sense for YOU and is worth it in terms of ROI.

The thousands of dollars spent on expensive software could be going towards a new team member, business coaching, or a course that is going to give you the knowledge you need to see BIG results in your new data business.

Because knowing which tools are really worth it isn’t always easy, my team and I have put together an AWESOME resource for you. The Ultimate Toolkit for Data Entrepreneurs features direct, actionable recommendations on the exact tools and processes you need to set your data business up for long-term success. These tools are tried and tested, and many of them are free or affordable, making them perfect for new or aspiring data entrepreneurs. 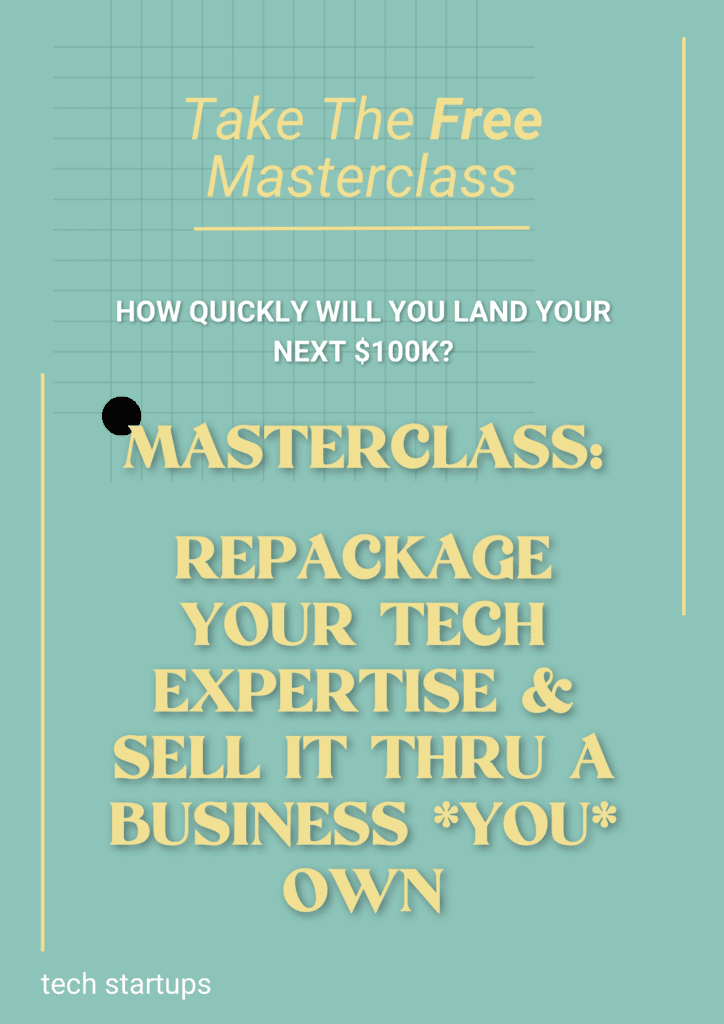 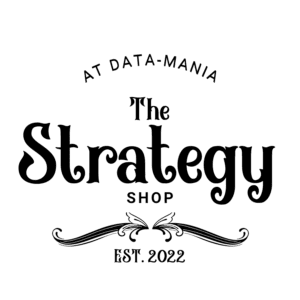 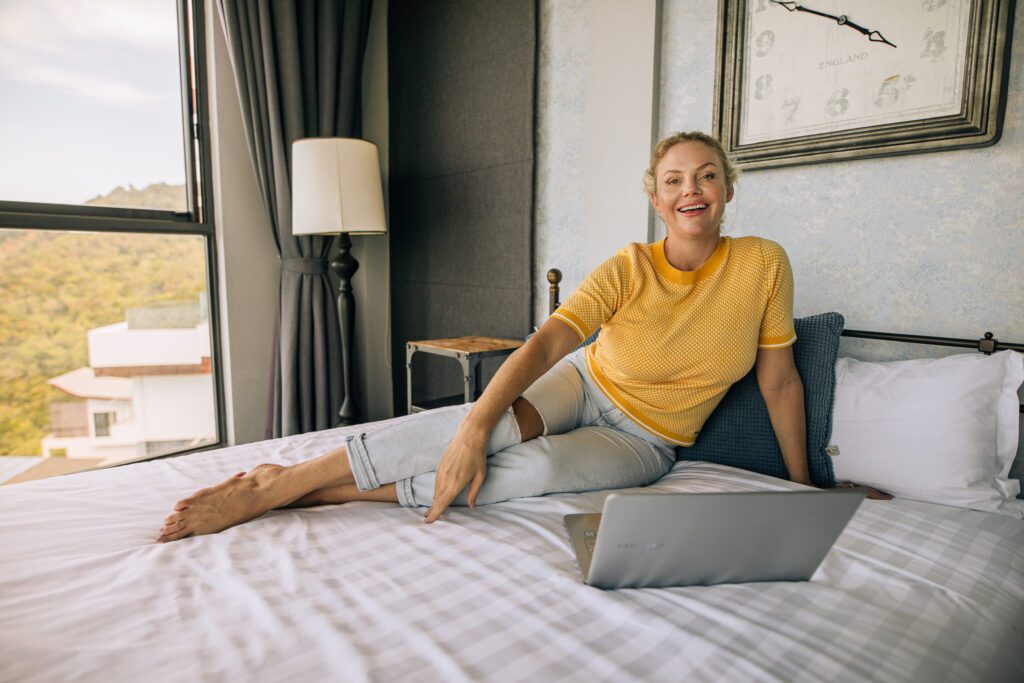 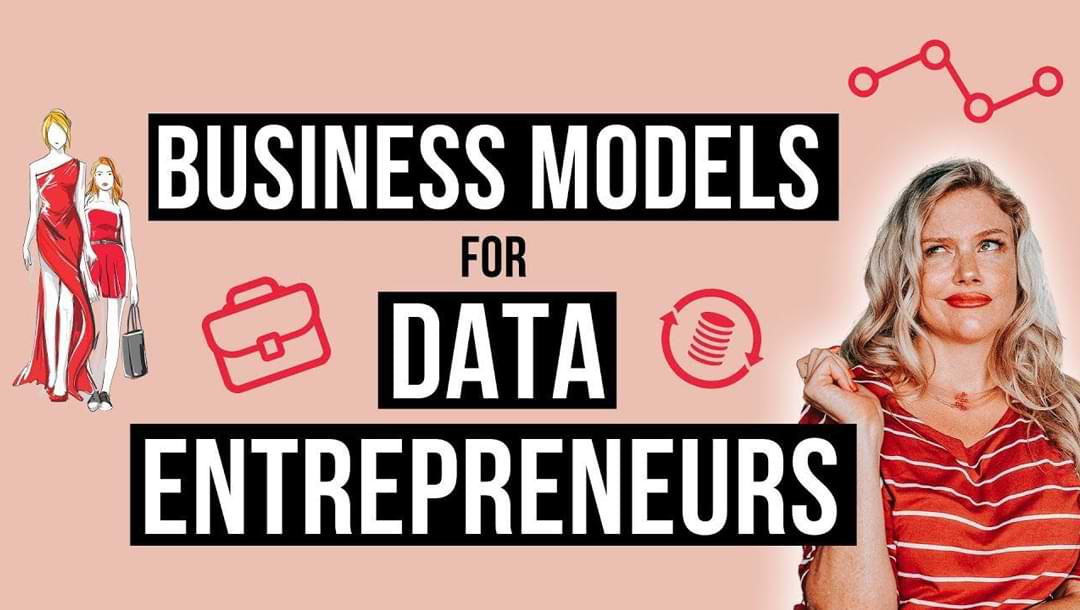 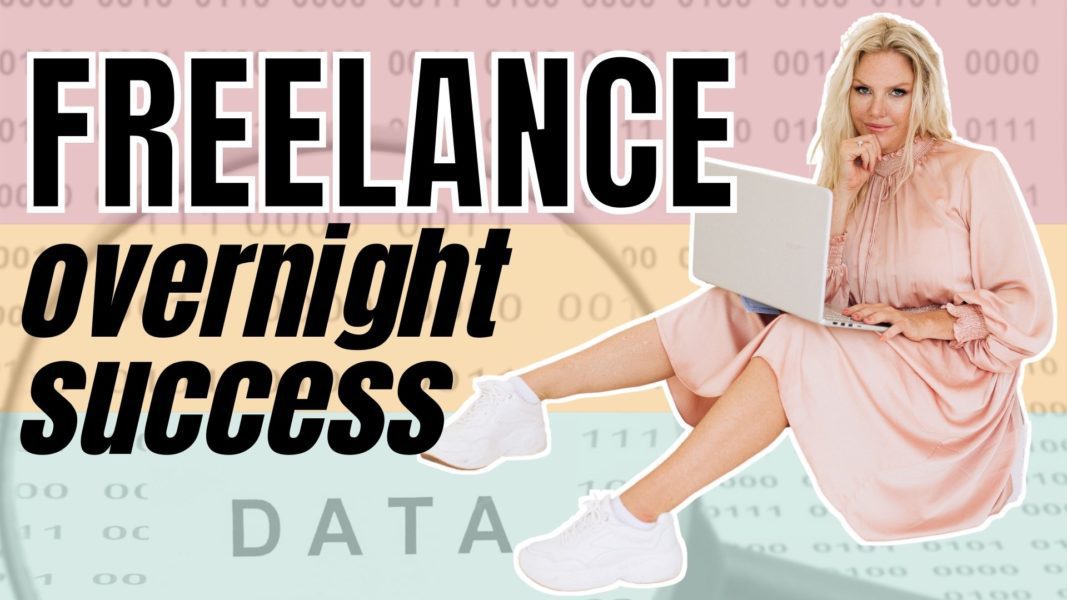 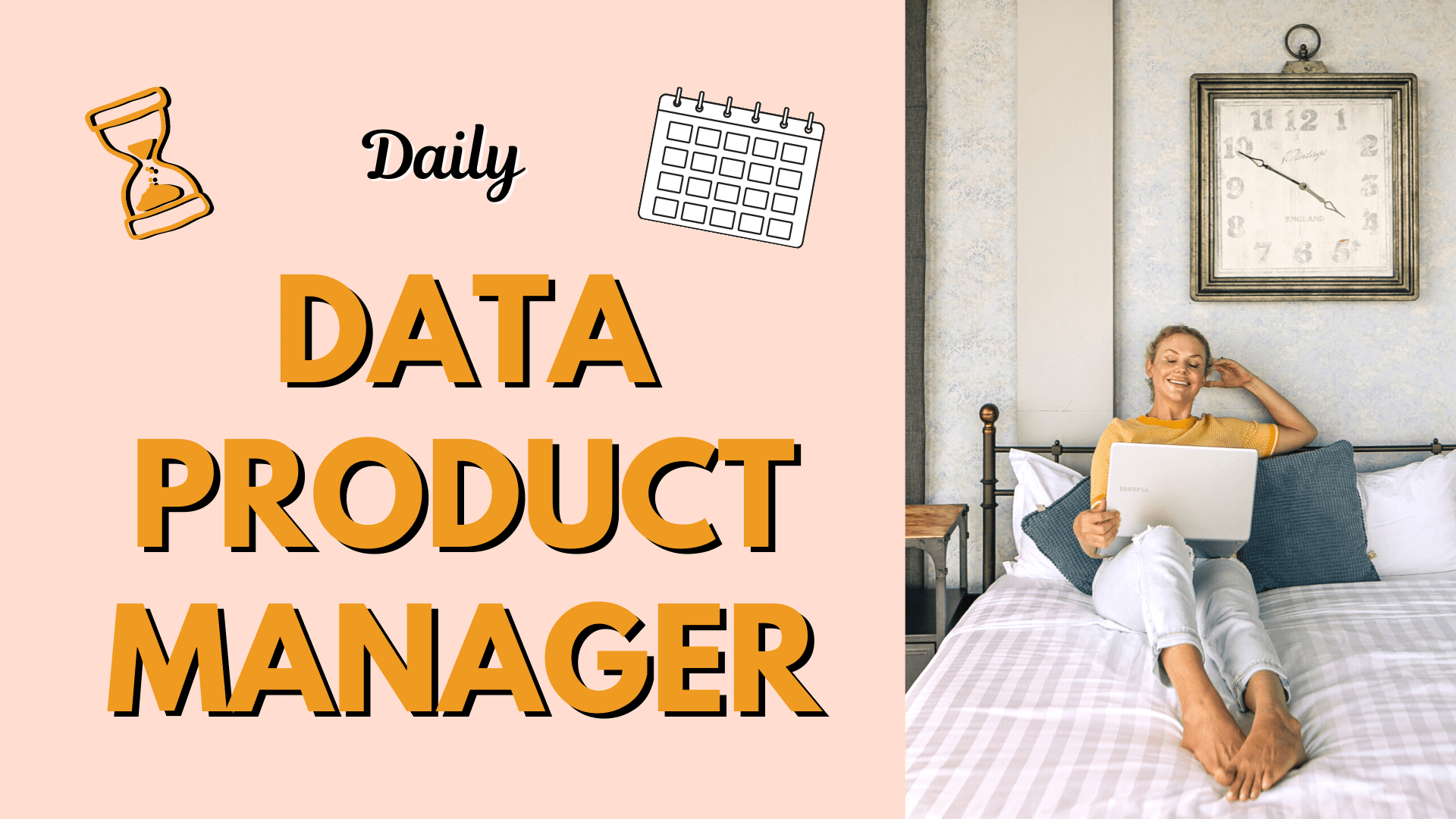 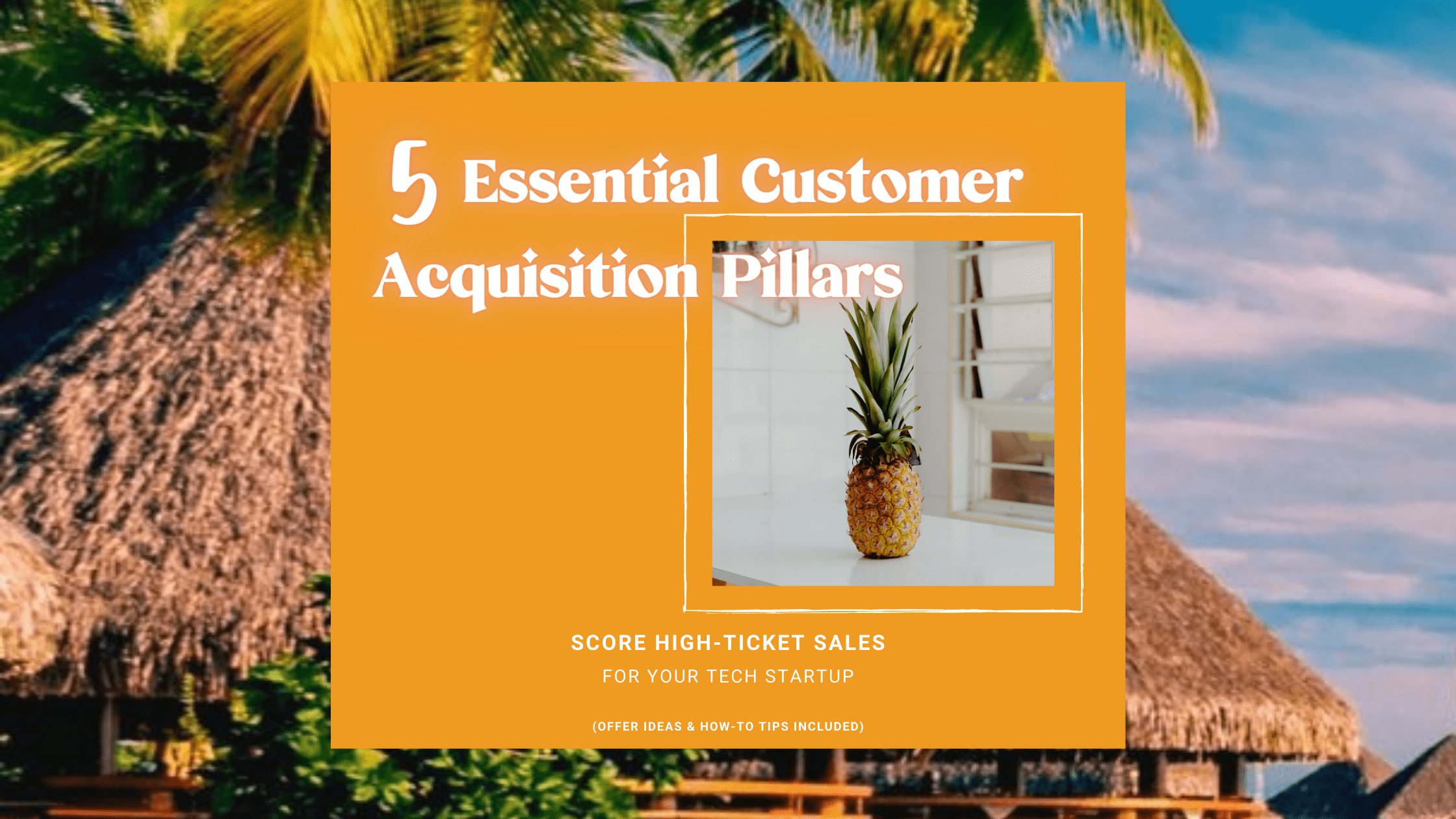 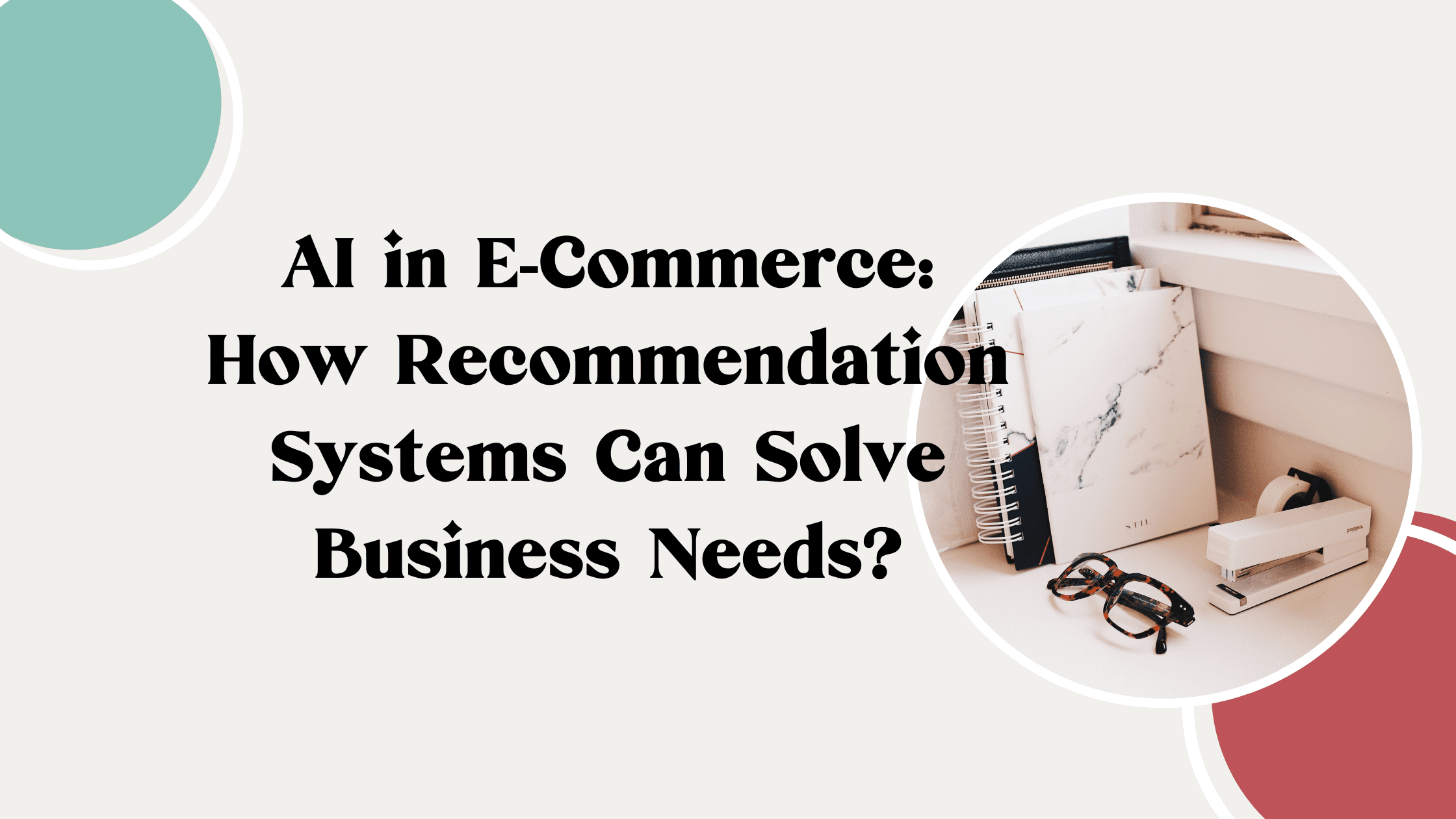 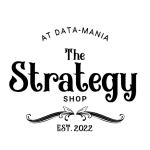 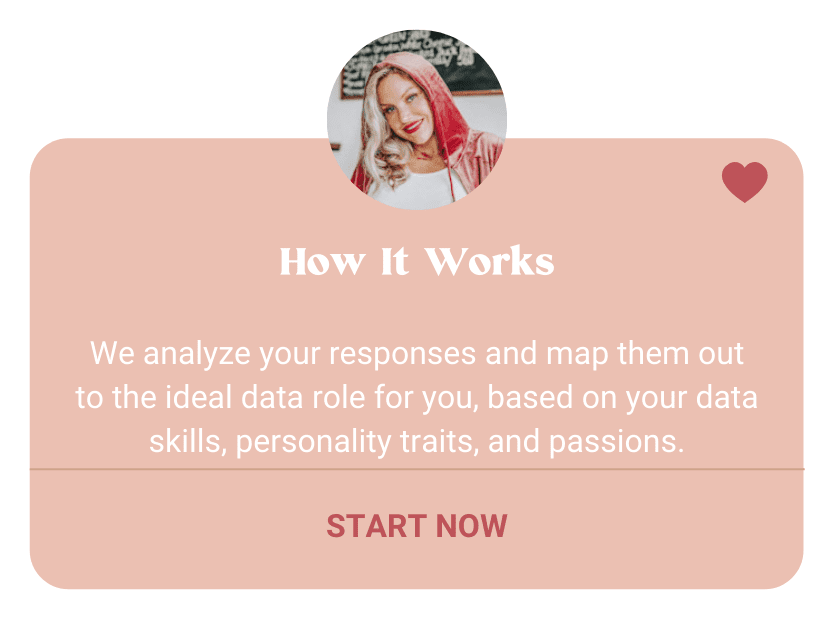